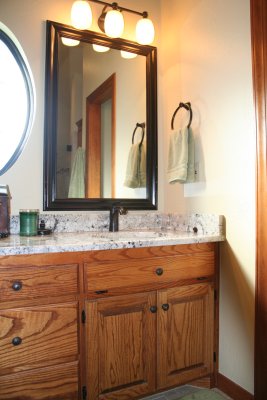 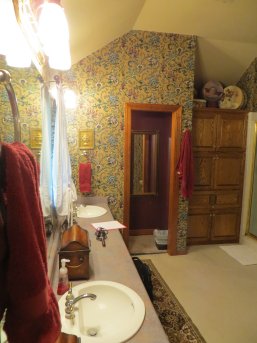 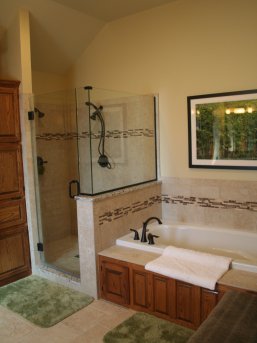 Tony and Kay Anderson stumbled into a remodel last November. Mr. Anderson explains that one of the tiles in their master bath had cracked and water had leaked into the wall. As they were looking for someone to repair the damages, they found DreamMaker Bath& Kitchen's advertising in the newspaper.

"We went to the showroom. We listened to the presentation. One thing lead to another, and the job grew bigger and bigger," explains Mr. Anderson. The Andersons have lived in their home for almost two decades and figured that a remodel was long overdue. They saw the repair as a good opportunity for them to update their home.

After ironing out the details of their new master bath the work began shortly after. According to the Andersons, the project was estimated to take four to five weeks to complete, but to their delight everything went so smoothly it was finished ahead of schedule. Before the remodel Mr. Anderson describes their bathroom as "closed-in" and "dark". Now with the repair and updates his says, "It is nicer. It's open and light."

Even though they did not intend to remodel, the Andersons are glad they did. The joys of a having a new bath is enhanced because they had a good first experience with a contractor.

"I did not mind them being in the house at all," mentions Tony. "The guys worked very carefully. They did not track anything in, and they cleaned up after themselves." Mr. Anderson says the most important part of the remodel is that Mrs. Anderson is happy.

If you are thinking about remodeling call DreamMaker Bath & Kitchen of Amarillo at (806) 356-8002. Financing options are available for those who qualify.